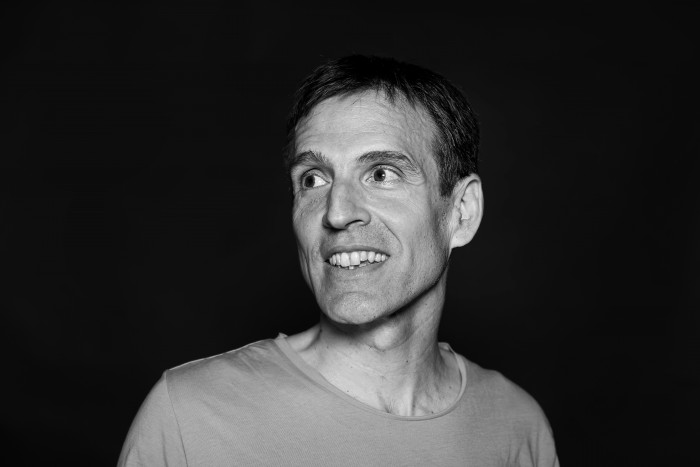 WANTING MACHINE is the first SOLO–Album of Peter Rom, guitar player, composer and co-founder of JazzWerkstatt Wien. In this case “SOLO” stands for working together with 14 musicians, 4 co-composers and 7 Sound engineers.

For WANTING MACHINE PETER ROM, who has been a creative linchpin of many projects in and around JazzWerkstatt Wien, followed his dream to compose for his favourite musicians regardless of pragmatic assumptions – creating an album that sounds halluzinatory and draws a musical line between artists like Dorian Concept and Theremin Player Pamelia Stickney, including Avantgarde Drum Beats, Hurdy Gurdy sounds and so much more.

“I admire the imagination of Franz Kafka. Steps, growing upward following climbing feet, Steps too high to overcome… time and time again his literary characters realise their wrong assessment of situations. The world around them seems firm, but in reality everything proves to be precarious, soft, blurry and ambiguous. I have always looked for music that is working on different levels. Like a hologram: you look at it, you look through it and from a different perspective it looks all different.”

Sometimes while listening to WANTING MACHINE you might not know which instrument is responsible for a certain sound. Utilizing different playing techniques and sonic manipulation, instruments take on different characters, sounds become blurred, reveal themselves, disappear and reappear somewhat transformed.

This unique album leaves you with two qualities: it combines quite a few high calibre artist, never before and maybe never again meeting one one Album, and: WANTING MACHINE has a mesmeric effect, is a perfect escape from reality, a smooth trip.

WANTING MACHINE is released on  Vinyl, CD and digital at JazzWerkstatt Records.